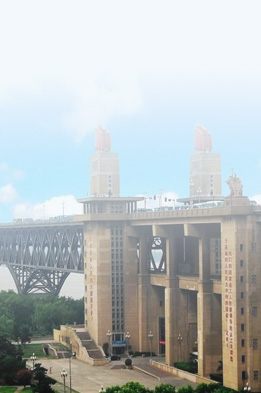 Location：Home > About Us > Profile
Profile

China Railway Group Limited (“CREC” for short), headquartered in Beijing, is a super-large corporate conglomerate engaged in engineering survey, design and construction, industrial equipment manufacturing, real estate development, resources and mining development, financial investment, and other fields. As one of the world’s largest construction and engineering contractors, CREC has been listed among Fortune Global 500 for 17 consecutive years. In 2022, it was ranked 34th on the Fortune Global 500 list, and 5th among China’s top 500 enterprises.

CREC has a history of more than 100 years. In March 1950, its predecessors, the General Bureau of Construction and the General Bureau of Design, were established under the Ministry of Railways (MOR), which were later merged into the General Bureau of Capital Construction. In July 1989, upon the approval of the State Council, the General Bureau of Capital Construction was reorganized into China Railway Engineering Corporation (CRECG). In September 2000, the corporation was separated from MOR and put under the management of the Steering Committee for Large Centrally Administered State-owned Enterprise. In May 2003, the State-owned Assets Supervision and Administration Commission of the State Council (SASAC) became the funder of CRECG. On September 12, 2007, CRECG initiated the establishment of CREC, which was successfully listed on both Shanghai and Hong Kong stock exchanges on December 3 and December 7, respectively. In December 2017, it was transformed from a company owned by the whole people into a wholly-funded state-owned enterprise and renamed China Railway Engineering Co., Ltd.

CREC has undertaken the construction of more than two-thirds of all railways in China, including 90 percent of the country’s electric railways. It also contributes one-eighth of total expressway mileages and three-fifths of urban rail transit projects in China.

CREC holds a leading position in the design and manufacturing of machinery equipment. The company owns the largest number of tunnel boring machines (TBM) track laying machines and bridge erecting machines used in railway construction, and catenary installation equipment for electrified railways in China. It also boasts ship-mounted cranes with powerful lifting capacity and full sets of deep-sea water working equipment. CREC can not only independently develop and manufacture world-class dedicated heavy industry machinery, but is known as one of the three TBM manufacturers with independent intellectual property rights in the world.

CREC has been listed among China’s first group of “innovative companies” by the Ministry of Science and Technology, SASAC and All-China Federation of Trade Unions (ACFTU). The company has won a total of 127 National Awards for Scientific and Technological Progress, including five grand prizes and 16 first prizes. Currently, CREC holds 18,568 valid patents, including 3,969 invention patents. The company has three national laboratories, namely, the National Engineering Laboratory for High-speed Railway Construction, National Key Laboratory for Shield and Drilling Technology, and National Key Laboratory of Bridge Structural Stability and Safety.

Currently, CREC has a staff of about 290,000, including 85,000 skilled technicians and one academician of the Chinese Academy of Engineering (CAE), of whom more than 2,400 hold senior professional titles.

CREC has long enjoyed a good reputation in the global market. Since the construction of the 1,861-kilometer Tanzania-Zambia Railway in the 1970s, the company has successively built a large number of excellent projects in Asia, Africa, Europe, South America and the Atlantic. At present, it has representative offices and carries out projects in more than 90 countries and regions around the world.